The Unleashed Beast Within….. 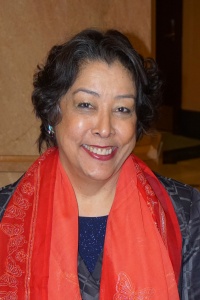 I am so saturated with political news lately and will be so glad when our State Primary elections are over on Tuesday. This will briefly bring relief from the robo calls and the candidates mass mailings and just maybe the local news media might, in fact, begin to cover important news events, once again.

I am sick to death of being bombarded with, in my face news coverage of daily tirades by supposedly adult candidates bashing and insulting not only each other, but the American people as a whole. We have been in the front row of witnessing America at one of her worst times. Such ugliness and rudeness and wretched behavior has now seemingly become our norm.

To loosely paraphrase a famous quote, “We have met the enemy, and he is us.” I say this for several reasons. Because as these candidates continue to fade away, which they will ultimately do, we will be left with looking in the mirror at who we have become, and the ugliness that has been revealed..

And frankly, we have unleashed a beast of hatred and intolerance in this country under the guise of believing we are going to “Make America Great Again”. Seriously?

I have seen good people supporting horrible, horrible proposed plans of building walls and patrolling neighborhoods of targeted populations in our country, and justifying why this is good.

I have seen good people, who I dine with in restaurants, or shop with at the local stores, turn into screaming, hate spewed individuals who throw people out of their rallies for the mere fact that protestors stand in resistance to the candidate. Look closely next time at their screaming faces because these are your neighbors.

I have seen good people justify racist, misogynistic hateful views because they believe their candidate is just telling it like it is. I say it is not telling truths, but saying the things that that some wish they had the nerve to say, themselves.

I have seen good people tell me that believing what is being said is harmless because the whole intent is to restore good values back in America. And that sometimes, you just have to get tough. They tell me to not make it personal. To just relax. Really?

I have seen good people try to make candidates role models for Christian values. That is the worst. They are politicians who want your vote. They will paint themselves to look a certain way and will even use buzz words to capture your attention. Heck, they will even bring a Bible into a rally event and hold it up like the prop they intend it to be. But recognize they are not spiritual leaders. Stop trying to turn them into something they are not. If you are a Christian, you already have the best role model. And none of the candidates are following the teachings that Christ modeled for us. Absolutely none of them.

Lastly, I have seen good people who justify the hateful rhetoric as being funny and entertaining. Well believe me it is not funny. It is not entertaining and it is not who we are or who we should strive to be. Bottom line is, when these elections are over, how are we going to cage the beast of hatred and intolerance that has been unleashed in America? How are we going to come together as a United States, instead of a Divided States of America?  The world is looking at us and shaking their heads in disbelief and frankly, we are in big trouble here which will cause ripple effects for many years to come.  I used to say, this is not who we are, but now….I am not so sure.

We need to tame the beast in America, collectively and individually.  And we need to do it now!